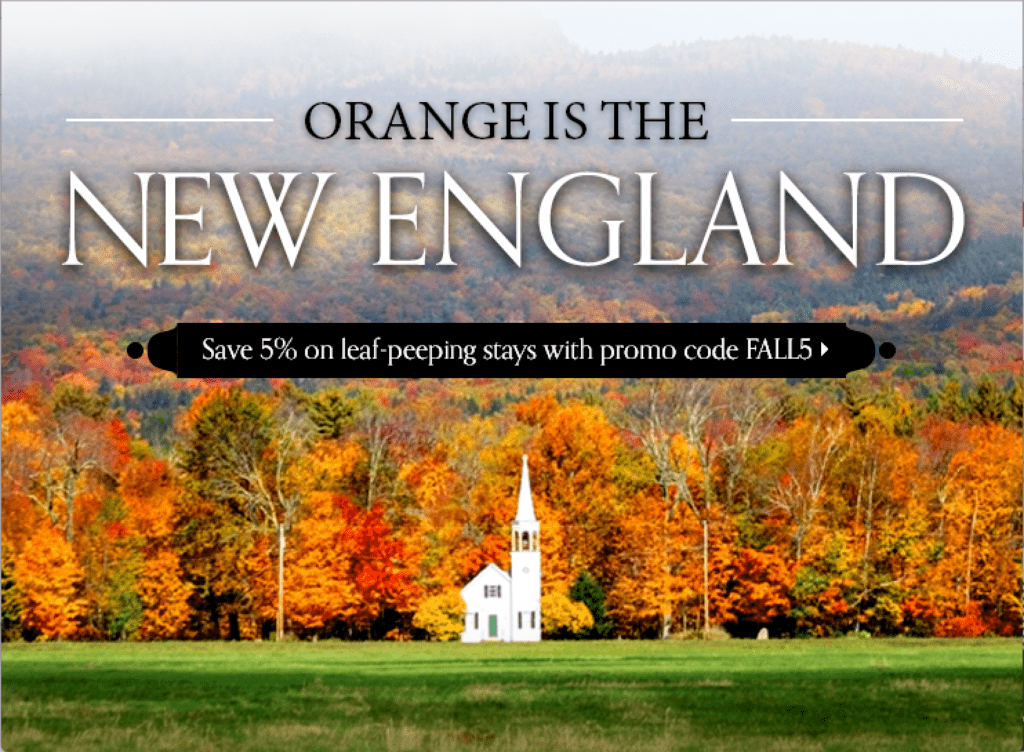 While “leaf-peeping” season is a popular travel time in New England, it was hard for the brand to stand out in a sea of other travel sites saying things like “You’ll Fall for New England.” SniqueAway wanted to convey the deal message in a clever, in-the-know way that their particular audience would appreciate.

At the time of this sale, “Orange is the New Black” was the most talked-about television show in the educated, 25-50 demographic—particularly among women, who are more likely than men to book these types of weekend getaways. Playing on both the TV show and the dramatic image, I created a line that caught the audience’s attention and then paid it off with a compelling subhead.