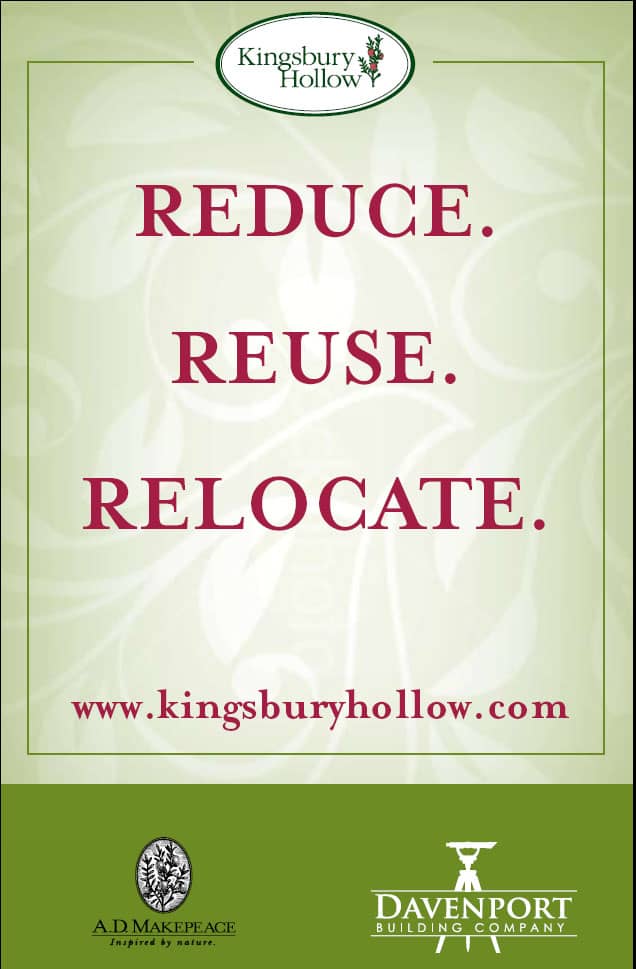 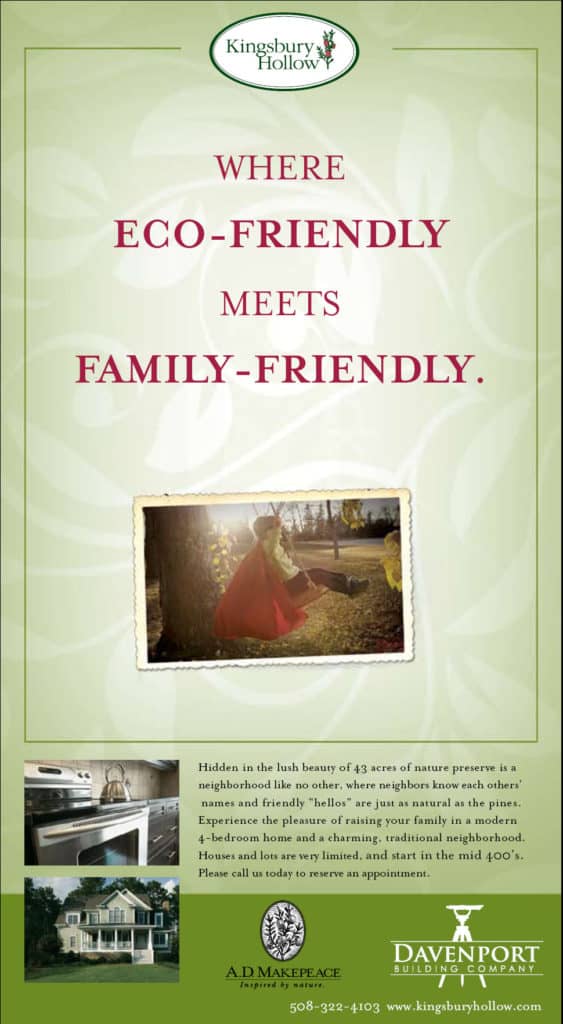 The challenge for the entire campaign was to catch people’s attention and intrigue them with the benefits of living in a eco-friendly neighborhood. For these ads in particular, which were placed at commuter rail stations around metro-Boston, the challenge was to intrigue the reader with a quick pieces of copy that they could consume even if they were running for a train, but would also compel them to do further research by visiting the website.

The creative team decided that the tone for the campaign should be intelligent and clever, as much as possible conveying the eco-friendly element in a lighthearted, relatable way so that buyers would appreciate the benefit without being at all put off by it being “too green.” In the first ad, I played off the “reduce, reuse, recycle” aphorism to catch attention and intrigue the reader. In the second ad, we decided to ad more body copy as an option for readers who were waiting for their train, but to also focus on headline copy that made being “green” feel like an easy and natural option for suburban living.